Kent Teague to Join Lineal as Chairman and CEO

Lineal, fresh off announcing expansions to India and Hong Kong, announced the addition of Teague as an investor and executive leader. Lineal Services has now expanded its operations into the United States.

Teague has over thirty-five years of experience building technology and tech leveraged services companies. He has been a leader in four INC 500 companies and has created significant wealth for his partners and his investors. He is, however, most proud of the countless millionaires he has created from his employee ownership programs. 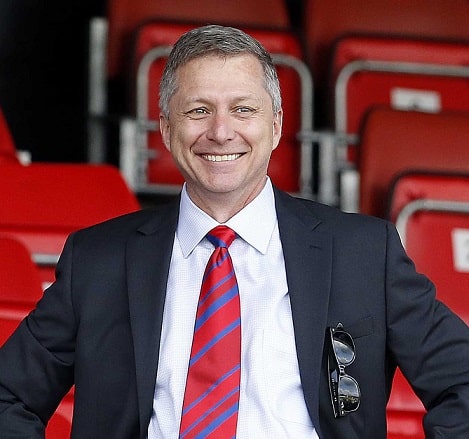 Teague, a former Microsoft executive, where he was a manager of the year in 1998, was inspired to help others create wealth based on his experience at Microsoft in the 1990s, where the stock value doubled every eight months during his tenure.

“When I left Microsoft in 1999, I made a promise to some of the Microsoft executives and myself that I would bring what I learned at Microsoft into the business world and help others to succeed,” Teague said.

After Microsoft, Teague was a leader at Vericenter where he helped build out a global data centre organization that was later acquired by Sungard in 2007.

Teague entered the legal technology space in 2004 when he invested in and became President of Xact, a Missouri based litigation support company. There he was tasked with building out and integrating the eDiscovery offerings and team. Teague then co-founded Iris Data Services in 2007 and was the primary owner and Chairman of the company until its sale to Epiq Systems in 2015.

Most recently Teague has been the principal owner and Vice Chairman of the Leyton Orient Football Club, one of London’s oldest football clubs. Teague helped resurrect Leyton Orient back into the football league by winning the 2019 National League title. “Being involved in Leyton Orient has been one of the greatest joys of my professional career,” Teague said.  “At some point, though, I knew I would get back into the technology space,  When I saw what TJ Collins was doing at Lineal, I knew I had to become involved.”

TJ Collins, who served as VP of Operations at Iris and worked with Teague for five years there said,

“Having Kent involved is fantastic for me personally, and certainly a win for the current and future employees of Lineal.  Kent has a tried and true formula of success and I look forward to working with him again.”

Collins, as an investor and President of Lineal, has been expanding the operational and sales capacity as well as the geographic footprint of Lineal since he acquired the firm in February.

“Hearing Kent is coming aboard is thrilling.  He is a business legend with an unmatched track record of success. I’m happy to learn from such a figure.”

Lineal Limited
125 Finsbury Pavement
London, EC2A 1NQ, UK
Learn more at about us or follow us on Twitter and LinkedIn.

🏆 The people have spoken! We are pleased to announce that Lineal has won the 2021 Relativity...

In case you missed it, this presentation provides an overview of artificial intelligence modeling...